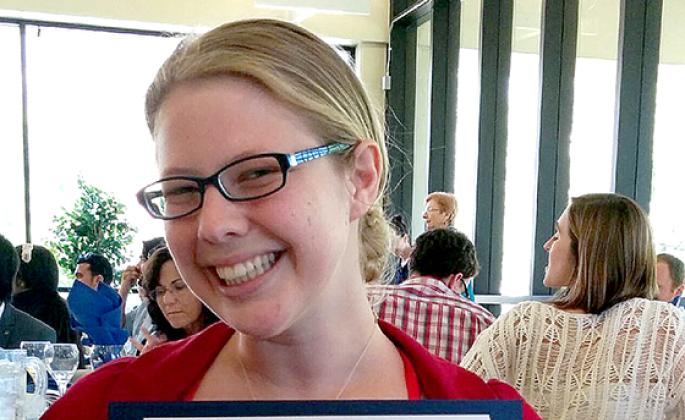 The competition featured over 250 participants from all 23 CSU campuses. Undergraduate and graduate students competed in separate divisions by discipline. Ferraro is mentored by biology professor Dan Crocker.

The competition is held each year in May and highlights the varied research conducted in the CSU system by faculty and students. Interested students and faculty can contact Elaine Sundberg, or David Hartranft for more information.

"Dr. Stauffer's positive mindset and expertise coupled with her dedication and grit...

Sonoma State University Physics Professor Jeremy Qualls has received the Santa Rosa Chamber of Commerce Excellence in Education Award. He was honored along with a handful of educators in categories from pre-school to four-year college at the Chamber's Education and Business Partnership Breakfast...