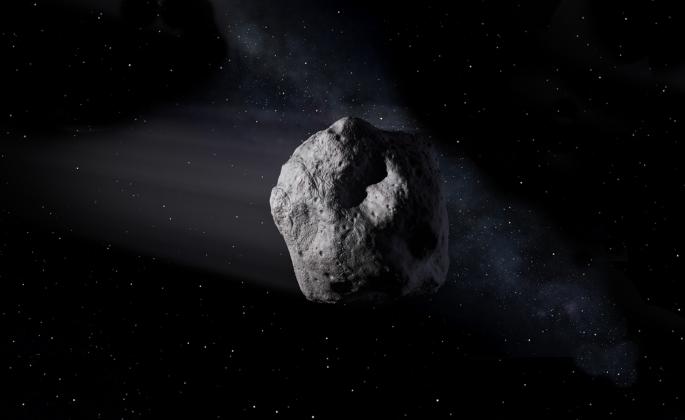 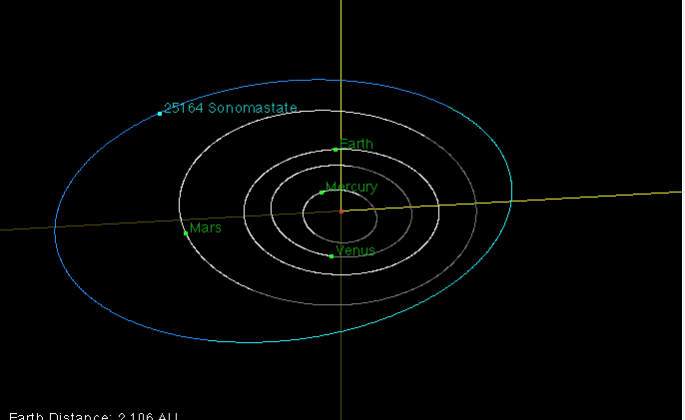 Sonoma State University’s stellar Department of Physics & Astronomy  has put the university on the heavenly map of the universe – an asteroid is now officially named “25164 Sonomastate.”

Dr. Lynn Cominsky, professor and chair of the department, recently received word of the name designated by the International Astronomical Union (IAU), the body recognized by the world's astronomers as the sole authority for naming stars, asteroids and planets.

“I think it’s incredibly exciting that Sonoma State’s contributions to space science are being recognized by this naming,” said Cominsky.

25164 Sonomastate is located in the main asteroid belt, between Jupiter and Mars. It is about 3.1 kilometers in size (almost 2 miles) and orbits the sun every 3.6 years.

SSU Professor Emeritus Joseph S. Tenn suggested the name to astronomer Larry Wasserman at the Lowell Observatory Near-Earth Object Search at the Anderson Mesa Station in Arizona. Wasserman discovered the asteroid in 1998, which gave him the right to propose a name to the IAU.

The web citation on the naming notes that Sonoma State has “a nationally recognized Education and Public Outreach program for space missions and STEM teacher education, and its physics students have built a successful CubeSat” satellite.

The university’s Education and Public Outreach program, which Cominsky founded and has directed since 1999, develops innovative school curricula for K-12 and college classrooms. It has led several NASA-funded educational programs. In 2013, SSU physics students built and launched a small satellite named T-LogoQube, which operated successfully from orbit.