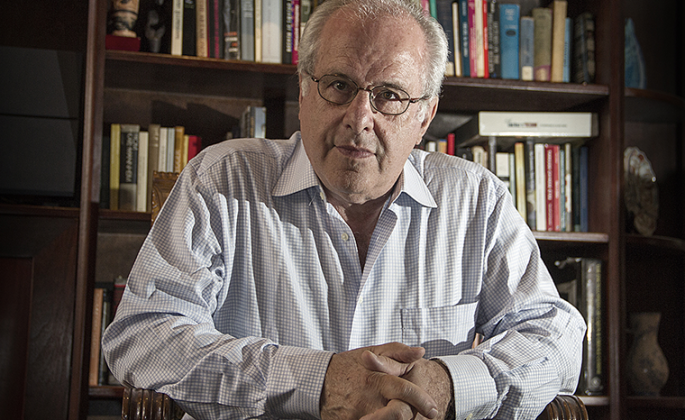 "Students preparing to cope with current and emerging economic realities -- both as job-holders and as civic-minded citizens -- need new kinds of economic education that do not avoid but rather treat these issues clearly and effectively," says Wolff, professor of economics emeritus at the University of Massachusetts, Amherst and a visiting professor at the New School University in New York.

Wolff's groundbreaking book, "Democracy at Work: A Cure for Capitalism," inspired the creation of Democracy at Work, a nonprofit organization dedicated to showing how and why to make democratic workplaces real.

His recent work has concentrated on analyzing the causes and alternative solutions to the global economic crisis. "Since the 2008 global crash, ever more people seek balanced assessments of the U.S. capitalist system and of alternative systems," he says.

Capitalism in Democracy has been a hot topic as of late, with President Trump and several members of his cabinet facing criticism over conflict of interest between their business interests and their political duties. "Moreso now, because of the election, its important for our campus community and local community to come together and discuss issues like Capitalism and Democracy," says Carlos Ayala, dean of the School of Education, which is co-hosting Wolff's lecture.

In 2014, Dr. Wolff was a guest on Real Time with Bill Maher. "Only one out of eight American households is able to have the American dream," he says in the interview. "When I was a young man, we were told in school that Capitalism was a great system because it created and sustained a big middle class. We now have a system that can't do that... and that raises the question, can't we do better than this?"

Richard D. Wolff's weekly radio show, Economic Update, is syndicated on over 60 radio stations nationwide, including KPFA in Berkeley, KWTF in Bodega Bay and KMEC in Ukiah. He holds degrees from Yale, Stanford and Harvard and has taught economics since 1967. He has authored nine books on the subject of economics. His most recent book, "Capitalism's Crisis Deepens: Essays on the Global Economic Meltdown," was published in 2016.